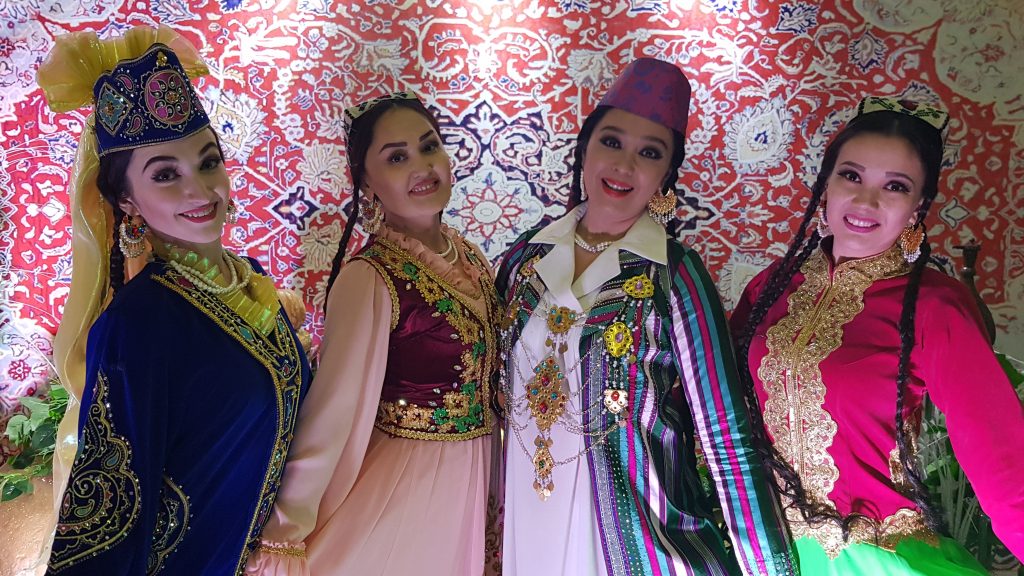 For Uzbekistan, relations with the EU now and in the future remain the most critical element of its foreign policy strategy, writes Eldor Aripov, on the eve of its presidential elections.

Eldor Aripov is Director of the Institute for Strategic and Interregional Studies under the President of the Republic of Uzbekistan.

Uzbekistan is on the eve of an important political event – presidential elections. The election campaign is in full swing, and it is taking place in a new political atmosphere. Five parties that have nominated their candidates are actively promoting their program ideas and platforms.

The elections will be held in the conditions of new national electoral legislation, updated in accordance with generally recognised international standards. For example, a procedure has been introduced to include citizens of Uzbekistan living abroad on the voter list. They can vote regardless of whether they are registered in the consular register of diplomatic missions or not.

There is high interest from the international community. In particular, election observers from 50 countries and a dozen international organisations are expected to attend.

It is worth emphasising that the upcoming election will be an assessment of the reforms initiated by the head of state Shavkat Mirziyoyev and determine the further vector of Uzbekistan’s development.

Mirziyoyev has been nominated and unanimously approved as a candidate by members of the Liberal Democratic Party of Uzbekistan. At the 10th Congress of the party, Mirziyoyev presented key points of his election program “Strategy of New Uzbekistan”. The main message in his speech was that nowadays, the democratic reforms in the country have acquired an irreversible, stable character, and the state intends to continue their implementation.

Indeed, over the past five years, under the leadership of Mirziyoyev, the living conditions of the Uzbek people have improved. The atmosphere of openness has become an integral part of the life of society. The irreversibility of the political and economic modernisation of the country is being ensured by the rule of law, the continuation of the development of civil society and market economy.

Championing human rights and people interests determines the essence of all reforms and transformations carried out in the country. In particular, in recent years, the government has gradually eliminated forced and child labour and has created a comprehensive social protection system.

In the economic sphere, the direction has been taken towards liberalisation, development of entrepreneurship and improvement of the investment climate. Privatisation of state assets, transformation of state-owned enterprises, unification of exchange rates have become the main conditions for increased economic growth. During 2017-2020, country’s economy grew by 24%, industry – by 34%, and GDP per capita reached $ 1,700, up from $ 1,068 in 2011-2016.

The level of investment activity has significantly grown: the total volume of investments in a short period of time increased by 2.1 times, including foreign investments – almost 3 times. Thanks to the liberalisation of the economy and the simplification of customs procedures, the volume of exports in 2020 reached $15.1 billion, which is 25% more than in 2016.

Important steps have been taken to ensure the transparency of government bodies, their accountability to the population. The political activity of the population, parties, non-governmental organisations is growing; the media are gaining activity and independence.

The nature and content of the country’s foreign policy have changed. Today, expert communities are talking about the emergence of the phenomenon of a new foreign policy in Uzbekistan.

Tashkent determined Central Asia as the priority of Uzbekistan’s foreign policy. The goal is to transform the region into a zone of stability and sustainable development, to establish an atmosphere of trust and good neighbourliness, which is fully consistent with the approaches of the EU.

A symbol of this pragmatic approach is the regular Consultative Meetings of the Heads of State of Central Asia, initiated by President Mirziyoyev. At the recent meeting, it was decided to prepare a five-sided document on friendship, good-neighbourliness and cooperation in Central Asia in the 21st century and agree on a draft Roadmap for the development of regional cooperation 2022-2024.

As cooperation between the Central Asian countries increases, important joint decisions are made at all levels on regional and international issues of mutual interest to the countries of the region: in the field of security, economy, investment, tourism, culture, health care and the environment.

The situation in neighbouring Afghanistan has taken a special place in the new foreign policy of Uzbekistan. In response to the increased demand for food aid in Afghanistan, the UN World Food Program has established a main logistics centre in Termez (Surkhandarya region). Today, UN agencies are delivering necessary humanitarian supplies to the provinces of Afghanistan. The government of Uzbekistan also sent 1,300 tons of humanitarian aid with food, medicine and clothing to the Afghan province of Balkh.

Undoubtedly, the EU is one of the key partners of Uzbekistan in the international arena. Tashkent attaches great importance to the development of mutually beneficial cooperation with the EU and its member states in both bilateral and multilateral formats. It is worth emphasising that in recent years, the EU’s dialogue has been strengthened not only with Uzbekistan but also with all countries of the region. EU diplomatic presence and involvement has expanded, and approaches towards Central Asia have been updated.

The most important thing in these relations is that, while supporting an open and constructive foreign policy of Tashkent in Central Asia, Brussels has radically revised its policy towards this region. This is reflected in the updated 2019 EU Strategy for Central Asia. It strengthened the emphasis on the development of interregional connection, the support of the EU for political stability and sustainable development of the Central Asian countries.

The institutions of interregional interaction in the Central Asia-European Union format have proven themselves well. In this context, regular meetings within the framework of the High-level Dialogue on Political and Security Issues of the European Union and Central Asian countries allow exchanging views on serious issues of stable and sustainable development of the region.

It is worth noting that in order to intensify trade cooperation in 2020, The European Commission has decided to grant Uzbekistan the status of beneficiary country to the European Union Generalized Scheme of Preferences (GSP) Plus ahead of schedule, which allows duty-free delivery of more than 6 thousand domestic products to the European market.

Moreover, today in Tashkent and Brussels, serious attention is paid to the prospects for promoting trade and economic interaction within the framework of the new comprehensive Enhanced Partnership and Cooperation Agreement (EPCA), which has been under development since 2019. This agreement will undoubtedly become one of the important tools for building up mutually beneficial cooperation with the EU, including by attracting European investments, as well as the EU’s experience in key areas of the country’s development.

Furthermore, today one of the important priorities in the partnership between the EU and Uzbekistan and Central Asia are issues related to climate change and sustainable development.

In this area, the parties have launched a number of key projects, such as “European Union – Central Asia: Cooperation in the Field of Water Resources, Environment and Climate Change”, “Water and Energy Program for Central Asia”, “Green Central Asia”, etc.

The EU, thanks to its rich experience in the area of sustainable development, can offer a truly regional and cross-border approach to solving existing problems.

For Uzbekistan, relations with the EU now and in the future remain the most important direction of the foreign policy strategy. Obviously, both sides have clear guidelines and priorities for interaction and understand each other’s demand. And today, there is reason to believe that the comprehensive dialogue of Uzbekistan with the EU is moving into a new qualitative stage, closer and more targeted cooperation in the most important areas.