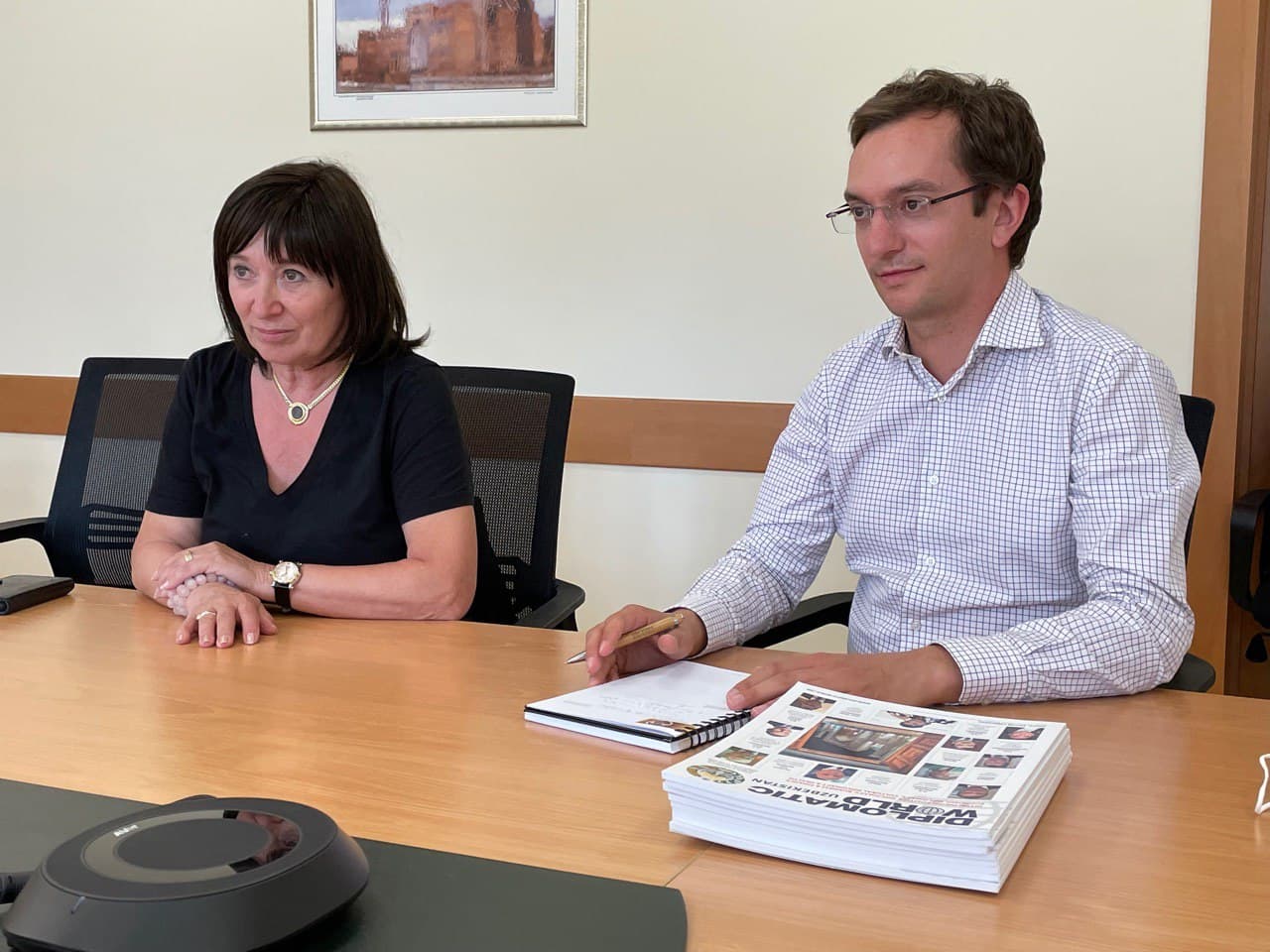 Dr.Ismailova informed the guests about the activities of the UWED, and the main idea and further plans of the Tashkent Jean Monnet Centre of Excellence for European Studies project. It should be noted that they paid great attention to the activities of the University, especially in the field of science. Then the executive director of “Diplomatic World” Madame B. Dietrich continued the conversation, telling in detail about the “Diplomatic World” magazine’s special issue dedicated to the 30th anniversary of the Independence of the Republic of Uzbekistan in September. During the meeting, the parties exchanged views on issues arising within the framework of the project, and prospects for the future.

The meeting, held in a warm atmosphere, identified new goals, objectives and new points of cooperation that need to be implemented together.

For information: The international magazine “Diplomatic World” covers events in the field of politics, diplomacy, business, economy, culture and arts. The magazine is distributed among leaders of the European Union, members of the European Parliament, business circles, diplomatic corps and international organizations accredited in Brussels. In 2020, the magazine’s special issue was dedicated to Uzbekistan presenting articles and interviews of leading economists, analysts and business circles of Europe, and Dr.Ismailova’s interview about our country.